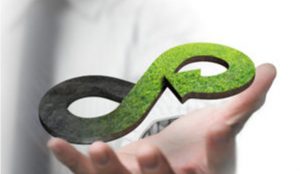 The law on the circular economy was adopted on 8 January 2020. The press and environmentalists have dithered for a long time over the 2040 deadline that is supposed to represent the end of single-use plastics. A first phase provided for the cessation of the marketing of disposable plates, cups and glasses on 1 January 2020. Further bans and obligations are also foreseen. What are the next steps set out in the Circular Economy Act?

The different bans in the framework of the circular economy

In order to reach the 2040 deadline, the Circular Economy Act provides for a gradual ban on the various types of single-use plastics.

Plastics banned by the Circular Economy Act on 1 January 2021

This second stage formalises the end of the marketing of the following plastic objects: straws, confetti, cup lids, cutlery, spoons, polystyrene trays and bottles, balloon stems, etc. In addition, oxodegradable plastics, i.e. those that degrade when exposed to oxygen in the air, will also be banned. They have the unfortunate tendency to break down into small pieces of plastic that accumulate in nature. Finally, single-use water bottles will no longer be allowed to be distributed in establishments open to the public or in professional premises.

This date will mark a new step forward in the number of plastic objects banned, including: packaging around unprocessed fruit and vegetables, with some exceptions, tea and herbal tea bags, films around press books when they are sent by post, and toys distributed on children’s menus in restaurants. In addition, unless they are biodegradable or compostable, labels stuck directly onto certain fruits and vegetables will no longer be allowed.

The 1 January 2025 deadline established by the circular economy law

The last step specified in the Circular Economy Law, 1 January 2025 will see a ban on plastic cooking, reheating and serving food containers, in paediatric, obstetric and maternity wards in particular.

And then, what does the circular economy law provide for?

Between 2026 and 2040, the law does not provide for specific bans. However, it states that new deadlines will be discussed and set every five years. This leaves, for example, the opportunity to take advantage of possible technological advances. These could be in the area of recycling, plastics manufacturing or new uses for plastics that are not yet known.

What does the Circular Economy Act make mandatory?

The Circular Economy Act does not just ban the marketing of plastic products. At the same time, it sets deadlines to make certain virtuous practices mandatory.

Obligations for restaurants under the circular economy

There are several deadlines for restaurants in the coming years. The first will be on 1 January 2022. On this date, they will have to clearly indicate, on the medium of their choice, the possibility of consuming free tap water. This will aim to reduce the number of bottles served at the table.

Finally, on 1 January 2023, all cutlery, plates and glasses used in catering establishments must be reusable.

New requirements for meal delivery services under the circular economy

As of 1 January 2022, every home delivery operator will be required to provide its customers with reusable cups, cutlery, plates and any other containers. To this end, they will have to organise their recovery after the service.

Finally, each establishment receiving the public will be required to provide water fountains connected to the city’s drinking water network, wherever possible. This obligation will allow visitors to be sure of having a water point wherever they go, thus limiting the use of single-use plastic bottles.

In the future, in addition to all these bans and obligations, the law on the circular economy will certainly be amended. It is indeed essential that it can cover all professional sectors and products containing plastic by 2040. In this way, it can retain its legitimacy.

Other news that may interest you

What type of packaging is best suited to guarantee the freshness of the product after opening?

The use of recycled plastic in packaging

Subscribe to the newsletter to receive news from Flexico.