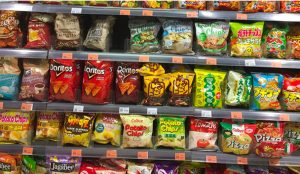 It has been in the news for the past few months, especially from the more “green” side, which reproaches it for being too passive. Nonetheless, it has the merit of existing and of tackling an increasingly important issue head on. It is the new law on the fight against waste and the circular economy, which was finally promulgated on 10 February 2020.

What are the forthcoming measures to fight against food waste?

The law on the circular economy sets several objectives, both quantified and dated. On the one hand, they aim to limit the use of single-use plastic packaging. Thus, the government aims to :

To achieve this, milestones are set each year until 2025. These will include a progressive ban on individual products containing single-use plastics. Beyond that, new milestones will be introduced every five years until 2040.

Secondly, the targets relate to food waste. For this, a reduction target of 50% compared to the 2015 level has been included in the text. Two main areas are concerned, each with its own deadline for implementation:

Finally, in order to accompany these measures, other action plans are foreseen. These create a direct link between plastic packaging and food waste. The two most important ones concern bulk sales and batch sales, which will be detailed later.

Batch sales: the enemy of packaging reduction and the fight against food waste

Who has never seen fruit or other vegetables on their stall carefully wrapped in plastic film, either singly or in batches? This format facilitates the act of buying and/or contributes to the protection of the product but has several disadvantages that are incompatible with today’s way of thinking.

First of all, plastic films are not currently recyclable in the majority of French departments. Only those territories that have implemented the extension of sorting instructions for plastic currently offer this possibility. However, by mid-2019, this measure only concerned 24 million French people, according to the eco-organisation Citeo. Moreover, even if 88% of French people sorted their waste in 2018, only 48% of them did so systematically. In the end, relatively few plastic films are likely to be recycled. The environmental impact of these packaged fruits and vegetables is therefore not insignificant.

Moreover, buying in batches encourages food waste. Consumers tend to overestimate their real needs. They buy a batch knowing that they do not need that much. The consequence is that they risk not consuming part of this batch, which constitutes a significant part of food waste. As proof, the Ministry of Ecological Transition and Solidarity announces on its website that 7 kg of uneaten and still packaged food waste is thrown away per person per year.

To significantly reduce this figure, the government has decided to ban plastic film protection for fruit and vegetables. As a result, by 1 January 2022, only products weighing more than 1.5 kg, as well as products that are too fragile to be sold in bulk, will be allowed to be wrapped into plastic film.

An effort will also have to be made by retailers and citizens in terms of bulk sales. This practice, which is already well established among zero waste advocates, will become much more common in households within a few years.

To this end, the law on food waste promotes bulk sales. To this end, several measures are proposed. In particular, retail outlets of more than 400 m2 offering bulk products are required to provide consumers with suitable reusable containers. They must be clean and replace single-use packaging. In addition, consumers are entitled to bring their own containers, provided that they are suitable and clean. A notice must be displayed explaining these criteria, and the shopkeeper is entitled to refuse the packaging provided by the consumer if it does not meet them.

Buying in bulk usually means buying only what is strictly necessary. Thus, this new consumption habit will reduce food waste. Finally, it will drastically limit the amount of single-use plastic packaging put on the market.

>  To find out more about Flexico’s waste management policy, visit the Flexico, an eco-responsible player page.

Other news that may interest you

What type of packaging is best suited to guarantee the freshness of the product after opening?

The use of recycled plastic in packaging

Subscribe to the newsletter to receive news from Flexico.